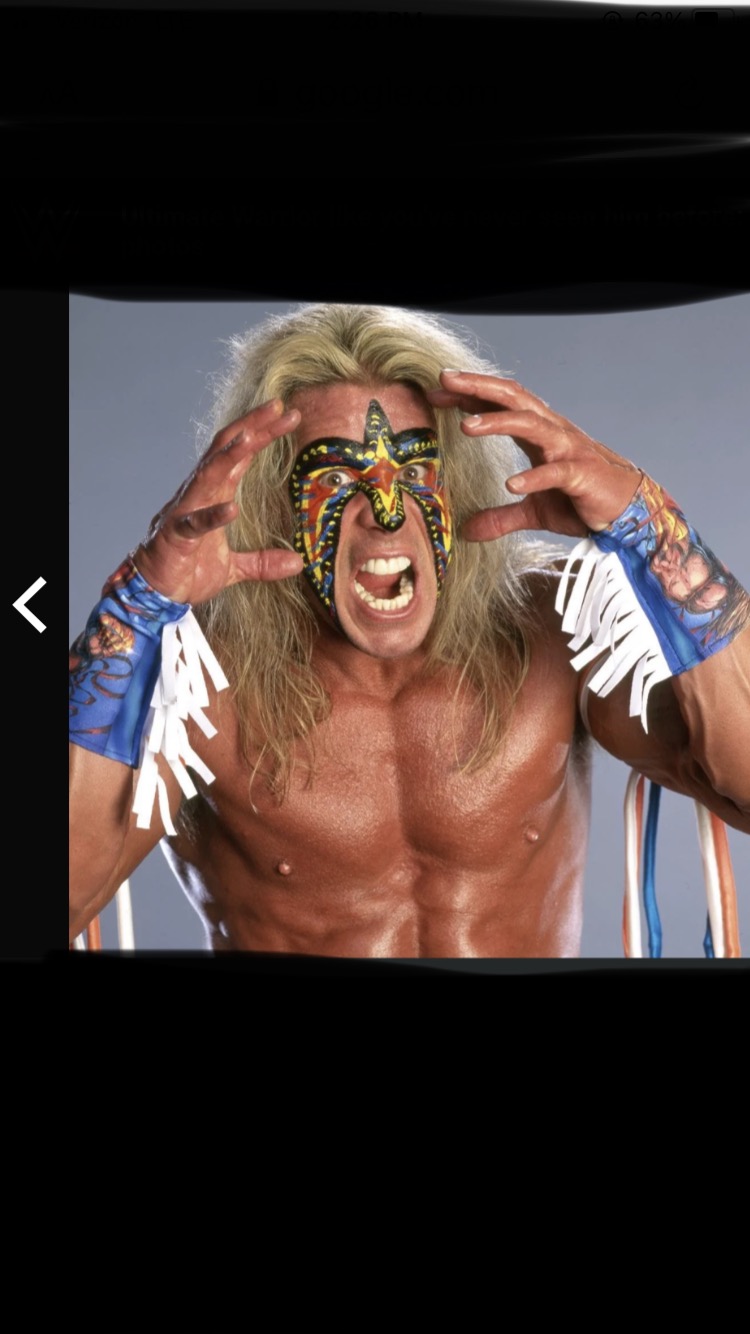 Well, here we go warriors. I decided to give my views on WWE’s A &E biography about the Ultimate Warrior. There were so many comments on several social media sites including a few groups I belong to. I have a feeling they will go on for a while.., This Thurs., the VICE network is airing “Becoming Warrior” as part of their “Dark Side of the Ring” Series. Am sure that will be highly negative from previews I have seen so we’ll find out. I’ll let you know if I watch. 😬

To begin with, I wasn’t that emotional at all although did have some moments the next day when it hit me more. *** SPOILER ALERT*** here for anyone not having viewed it yet. My husband was in the room, headphones on and watching another show on his tablet. He knew enough for him but still is kinda clueless. He asked if Indy ( Warrior’s oldest daughter) was his wife and if Sting was him! 🤦🏻‍♀️That’s ok, he made me laugh. I did have to turn away from parts like the casket and snake stuff. Still don’t want to look at that. Also, had to turn away from his last RAW speech. Too emotional for me always.

I do like learning new info so loved seeing his Mom talk about him even though there were tough times. Very glad also to see Coach Pate from Warrior’s High School and an old friend of his too. I loved that. Those people genuinely cared about “Jim” as he cared about them.

So many things I would’ve liked to see that weren’t mentioned at all. How about WMVII? No clips of that in Randy’s bio either, hmmm… why not? That Career Ending Retirement match stole the Heavyweight match’s thunder. Maybe that’s why. Also, no WCW run albeit a short one and I know Warrior disliked that time but still part of his career. I was thinking also Triple H might’ve spoken about WMXII ( which could’ve been negative) BUT he was instrumental in bringing Warrior back and into the HOF. Yeah, where was that? Warrior DID have friends in the business( I can list plenty!) – aww- thanks Shane McMahon and WAS (still is as a Spirit) funny! Maybe that could’ve softened the “loner” factor or drug angle some. True fans would love that aspect besides the family love of Dana and the girls. His later life of art and motivational ( not political) speeches were great also but I realize two hours is way too short!

Most were discussing the “apology video” which I had heard about as well. That boy in the airport has been talked about for a while now. I found out he was the kid of a big head honcho at the network of syndication which was a huge deal. Bret Hart has even mentioned this ugh… Well, all of them were under tremendous pressure, overworked, or exhausted and probably didn’t always want to talk to fans- even little ones. Warrior didn’t like being approached and they knew this already.

I realize it’s “business” but perhaps another idea could’ve worked better. If that exec wanted a “video apology” maybe a compromise? Record it privately, send it to him, and give some autograph pics. Maybe even meet face to face. That just made Warrior more frustrated. Yes, the business stuff was difficult for Warrior but another solution probably could’ve worked that would be in agreement with all. Maybe not but that’s just my take.

Another aspect is the different drugs which some might have been familiar with that Warrior took besides steroids. Others may have taken them too for anxiety, depression, pain, etc. Was he diagnosed with anxiety or depression? I don’t know but that lifestyle was so different to maintain along with your sanity. Nowadays, they have counselors to help with this but back then, not so much.

When you are performing at that level, much is expected of you professionally and you have to always be your best. Physically, emotionally, mentally- it all matters. Who are we to judge? Of course I wish he didn’t have to go thru that but it humanizes him. How would we react to that situation of fame? Demons from our past will always be there. We need to work thru them to heal and unless we do, they will manifest in ugly ways. I am grateful for his sacrifices and have compassion for anyone struggling.

The last thing I will mention is his UCONN speech of 2005 about the gay population. It was relieving to hear Dana say how he did feel bad about the statement. We all have said or done things we cannot take back or get into a heated argument with another. His comments started a huge debate that still rages with internet trolling today. I personally believe he could’ve worded it better based on his own beliefs but he always said what he thought. I also personally believe one comment should not define someone. Yes, Warrior said many things over the years but this one is so memorable. Again, we can say our opinions as that is our right. Agree or not, it shouldn’t make one call another such foul language that isn’t even human. Some had said such vile things about Warrior and this topic. I’m not defending his statement but just having respect for an opinion. Move on. Our lives deserve better attention than comments made.

O.K., whew… That was enough. A side note here is this: many wrestlers probably suffered from PTSD with having been on the road and then coming home. Their character becomes such a part of them which can be quite challenging. Portraying that character for a duration would put stress on anyone trying to be different at home. Again, just my thoughts here…

I did enjoy the biography but still believe more HAPPY could’ve been in it. It took Warrior a long time to get there but he finally did. He shouldn’t have felt like he had to prove his happiness later on but he always did. He also shouldn’t have watched the “Self-Destruction” DVD and perhaps I shouldn’t watch “Becoming Warrior” either… If I do, I won’t let it destroy me. The Warrior in me loves the Warrior in him and that is nor will it ever be destroyed…

P.S. This was REALLY hard for me to write as I have never addressed some of these topics. I won’t anymore. The bio was a long time coming and for me, it’s been a year and a half since my “Wild Warrior Buffalo Dream” which connects to this. Onto other posts!

~Check out my website for book info, a more spiritual blog, and more.